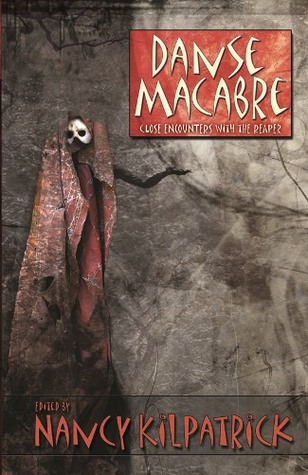 Stories are about intimate encounters with death. Death should be a character, either in the physical world, the mental realm, the emotional sphere, on the spiritual or psychic plane or in some other aspect. Death most often will be personified but not always. Readers need to know that death is there, in the story, and real to the character s who is encountering it. Death might be playing a trick. An enticement is going on, but that can go either way.

There might be a battle of wills, or an entertainment by or for death. Maybe death is not the real death but an imposter! There are a lot of directions that are possible, including using familiar cultural events like Mexico's el Dia de los Muertos Day of the Dead ; Halloween; Samhain; Charon ferrying the souls of the newly deceased across the river Styx, or any number of death rituals and events from cultures and societies around the earth, past or present.

If you study the artwork a little, you'll see that the skeleton the formerly living is trying to lead someone to another world and that person might be going willingly, arguing hotly against the idea, trying to pay off the skeleton, giving excuses why they have to stay alive, etc. And in some cases, the living win the battle with death, at least temporarily think of Faust. Encountering death can be a positive experience and might not lead to the character's physical demise The French said life is full of la petite mort the small death and we experience many of these, building strength and fortitude towards encountering the Big One.

In some stories, death can involve change in various ways, but the character should not know that until the conclusion. I'm looking for interesting depictions of these employees of death and intriguing scenarios of how the immortals and the mortals interact when it comes to 'passing over. I'd like a wide range, so the more inventive you are, the better.

Both realism and the supernatural are welcome. People die from old age, illness, accident, violence, despair. They can die before they are born. The happy and the sad, the sane and insane, the rich and the poor, the law abiding and the criminal, the genius and the fool, the saint and the sinner.

Some face death consciously, others die in their sleep. But we all die and Danse Macabre is a kind of universal melting pot for death. My goal is to create an anthology that is a literary version of the Danse Macabre artwork, showing the same range of humanity in a variety of situations and encounters with death. Gabriel Boutros Goodreads Author Contributor. Lorne Dixon Goodreads Author Contributor.


Get A Copy. Paperback , pages. Published October 31st by Edge first published January 1st More Details Other Editions 3. Friend Reviews. To see what your friends thought of this book, please sign up. To ask other readers questions about Danse Macabre , please sign up. Lists with This Book.

Sep 24, Colleen Anderson rated it it was amazing. These tales are about Death and its personification. Like a Harlequin romance, you pretty much know how it's going to end. In Harlequins the woman gets danse macabre, horror, fantasy, Nancy Kilpatrick, death, medieval images Images of people accosted or dancing with Death were very common after the Black Death decimated Europe's population in the Middle Ages. In Harlequins the woman gets her man. In Danse Macabre, every tale deals with dying.

Originally I sent in a concept to Nancy for this anthology, but she rejected it.

In some ways, I didn't quite understand that she truly wanted tales where Death is personified. The one form of Death I did not come across, which I thought I might, was the black dog, but perhaps that image is used more for the devil.

But I was curious to see what the anthology embraced, and Nancy is a good editor so I was intrigued. There are twenty-five tales and one verse titled "Danse Macabre," which opens the anthology, so it's meaty. The term "Danse Macabre" refers to the dance with death. Medieval images in paintings and engravings depicted skeletons and other forms of Death interacting with the living.

For this anthology Death is the one character who you know will be there in the end. However, Death does not always prevail and is in fact set upon in different ways. There are stories here, with Death as an unwelcome companion, or where someone pleads or tries to make a deal.

In some cases they try to stay Death's hand, seduce, understand or hunt the Reaper down. Many of these stories are from the viewpoint of the person coming to terms with or fighting Death. Yet just when I wondered if any individual story would be from the point of view of the Grim Reaper, indeed the viewpoint changed. Sometimes Death hunts, sometimes he courts his prey or feels loneliness or love.

You might not think so but for a collection that is truly macabre and is the essence of the word, I didn't find most of the tales depressing. This is both an indication of the skill of the authors and how they wove their tales, and of Nancy's careful honing of just such an anthology. I'm actually hard pressed to say which tale I liked best or least, but I'll try to point out a few that stick in my memory. The verse "Danse Macabre" by Ian Emberson was good.

It didn't grab me completely but it had a coquettish air and a wry humor. The last line delivers the punch like it should. Another aspect of this anthology that I particularly liked was that the tales take place in different times and different cultures. They're not all st century stories set in North America. This one is well crafted and has an superb twist when Holbein realizes the horror of what he's done.

But if Disney was in touch with anything as much as his own mortality, it was the sentiments of his audience. The graveyard romp turned out to be a macabre hit, and over the next decades, as America faced economic hardship, war, nuclear annihilation and drastic social change, Disney's films helped the nation navigate good and evil, vice and virtue. And for most of his early tales, as Laderman observes, "death, or the threat of death, is the motor, the driving force that enlivens each narrative.

From the evil queen's desire to kill a beautiful maiden in Snow White and the Seven Dwarfs , to the wooden puppet in Pinocchio who must die to be reborn as a real boy, to the fawn in Bambi witnessing his mother's off-screen murder, the Grim Reaper looms large over many Disney tales. And while death is a fixture in some of the greatest children's literature, including Grimm's Fairy Tales — on which several of Disney's biggest hits were based — Disney's animations take the dance with death to a whole new level.