Read e-book Drifting at the Bottom of the World 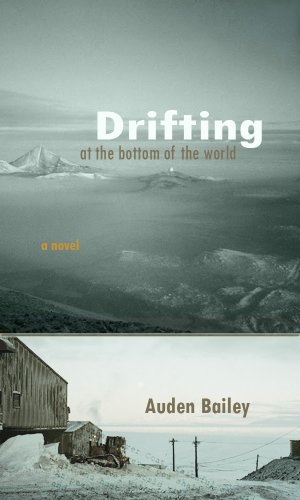 Take, for example, the task of getting an identity card.


In many villages surviving neighbours were scattered across distances of dozens of miles. Many village and sub-district chiefs also died.

Securing a land title is even more complex. Before the tsunami most Acehnese had no idea what a title deed was, let alone possessed one. So this has been less a document replacement exercise, more an educational process. And for the officials it has been a case of climbing up a mountain of applications in the most trying circumstances imaginable.

That assumes the land still exists. For many coastal communities, the waves washed away their land. Many people made their living from the sea, but the new coast belongs to someone else. So where should the former community be relocated? It is not only the land registry officials who are struggling. Everyone is in the same boat. Everyone wants their house rebuilt, everyone wants a job, everyone wants a school for their children, everyone wants a health clinic, everyone wants a plough to prepare their fields for the August rice-planting season.

But it just isn't going to happen. Take house construction.

Contribute to This Page

Where is that wood going to come from? Is it from environmentally sustainable sources? Is it reasonably priced? Amid the mind-boggling statistics and army of so-called logistical experts, it is easy to forget this has been a human tragedy. An Oxfam project coordinator in Greater Aceh district told me that, in many of the villages he is responsible for, only 10 to 15 per cent of the community is showing real initiative and a desire to rebuild their lives. While some of the rest are undoubtedly lazy, expecting the aid to fall into their laps, many are still too traumatised to act.

While undoubtedly true, one also cannot just sit back and wait - which, to an extent, the Indonesian government has been guilty of doing. The President, Susilo Bambang Yudhoyono, has exhibited a commendable sense of urgency, but the same cannot be said of those around him. At least six weeks was wasted while the planners wrote their volume blueprint and a reconstruction and rehabilitation agency was established.

The good news is that the reconstruction agency binned much of the top-down masterplan in favour of a bottom-up community-based approach and is injecting much-needed speed and focus into the task.

The bad news is that many staff from the individual ministries are still not co-operating fully and are unlikely to do so unless they can see a direct benefit for themselves. Share your photos on Snap! Share your thoughts and opinions on various matters. Receive a monthly newsletter with loads of great content. Sign In. More Events Win Store.